RHI and Renewable Sources of Energy 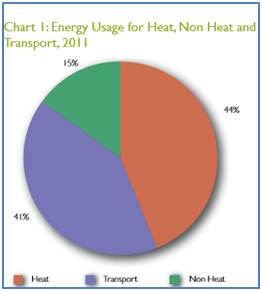 Well at least we are seeing the letters R-H-I in the paper again and on the front page no less. The old adage that ‘All publicity is good publicity’ fits very well in this scenario. To all of those people who are still thinking about putting in a biomass boiler, be warned, the end is nigh! This issue in Ireland that is creating such political unrest underlines the fact that the RHI project has also been an expensive, non-event as a whole for the UK government too. This will come to an end on the back of the Ireland issues and installing biomass (in the absence of subsidies) will take a decade of Oil growth and further reductions in installation costs to make sense again in the UK.

The main concerns with the RHI that prevail are all based around the fact that there has been little or no policing of what the heat is being used for and therefore, the incentive is to keep all the windows open and heat the air for the commercial user and never to switch the boiler on at all for the domestic ‘deemed use’ installations.

The point is that there are plenty of RHI accredited installations in the UK that are ‘farming’ the RHI and have no real use for the heat at all. They have large sheds and probably fill them with agricultural products, but in reality the RHI income is far more lucrative than the product in the shed. Although personally I feel that there are some moral issues that the owners of these boilers should be considering, as tax payers, the emphasis should be on the RHI administration team and the wider government to enforce the rules and shut down sites that have flaunted them to date. This includes those without a legitimate use for the heat (seen through unannounced spot inspections and also in the business records of the company including vehicle movements) and also those wonderfully elaborate schemes that required 5 199kW boilers on a site rather than a single 1MW boiler with a lower overall tariff.

RHI and Renewable Sources of Energy

As a chip producer, NFE has long been aware of these practices and we have turned down more than a few potential customers who we do not believe have entered into the spirit of the scheme. This was the first scheme of its kind in the world and was a good idea, but one which made the mistake of allowing a large degree of honesty and self-regulation in the process. I believe that with close monitoring, this could be a very beneficial scheme again and one that continues to have a significant impact on carbon saving in the UK. NFE would like to take pride in this world leading innovative approach to tackling the carbon reduction in heating which is 44% of the energy demand in the UK and currently the vast majority of this comes from fossil fuels.